The layout team was formed by Niek van Ees, Henk Brouwer, Duco Postma en Peter Zwakhals. We had only limited time to set up on the Saturday morning before the museum opened, so we settled for a slightly more compact layout than usual. 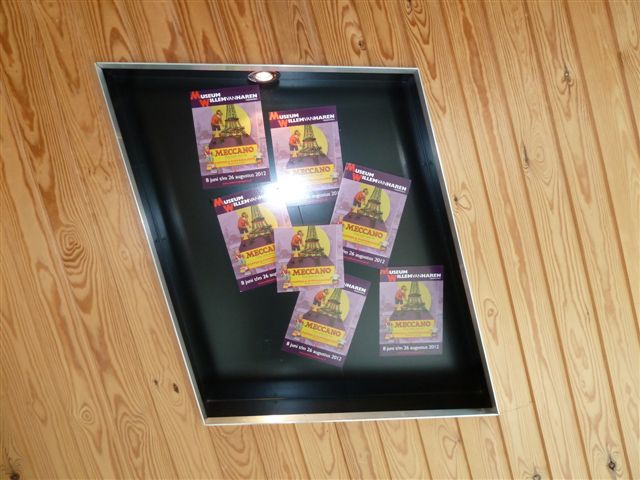 We ended up with 2 loops of replica double track, without any sidings. On the inside we created a more complex layout with sidings and points. Here you can see Niek van Ees laying the track. 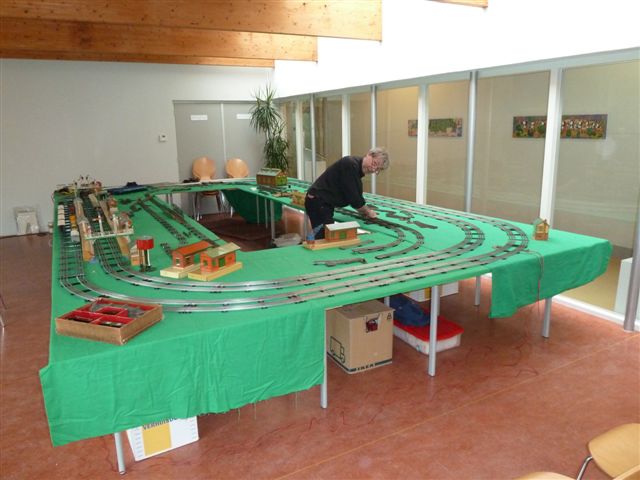 The finished layout with 2 stations and a loco shed. At the back Duco Postma and Peter Zwakhals are at the controls of the layout. 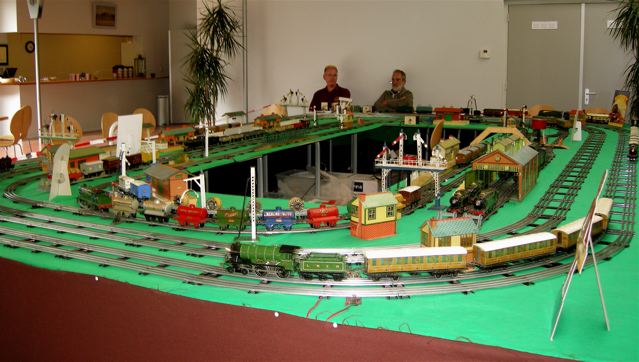 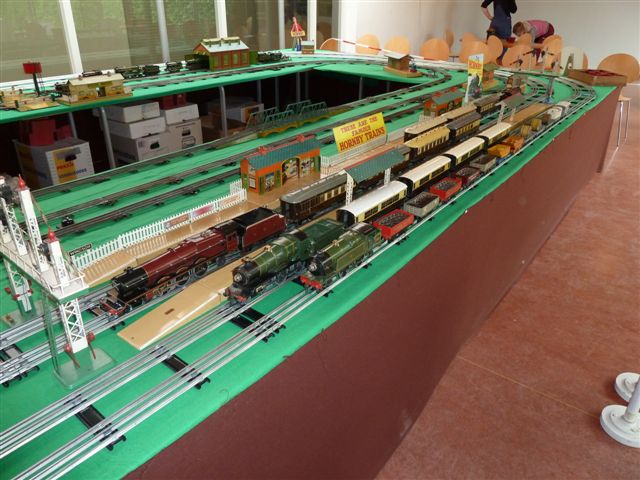 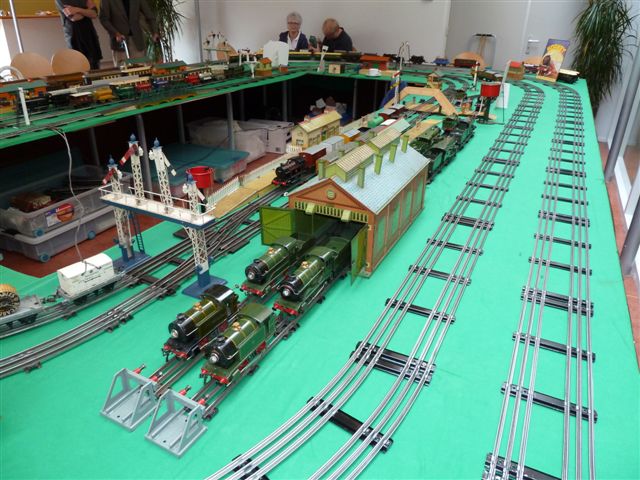 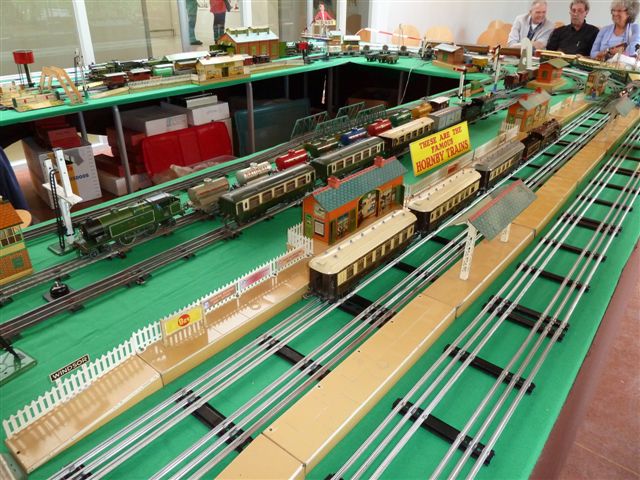 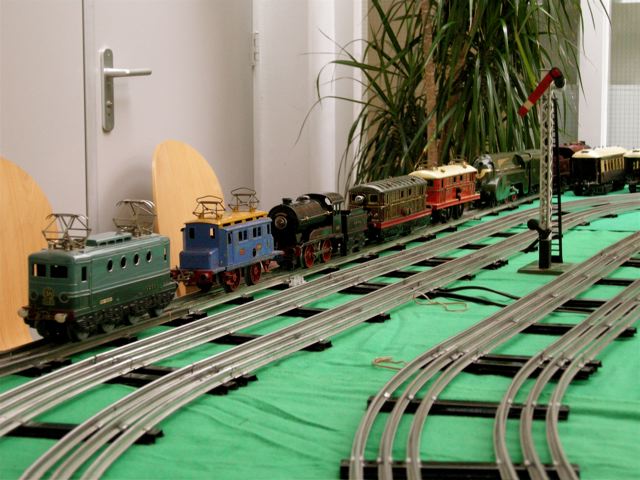 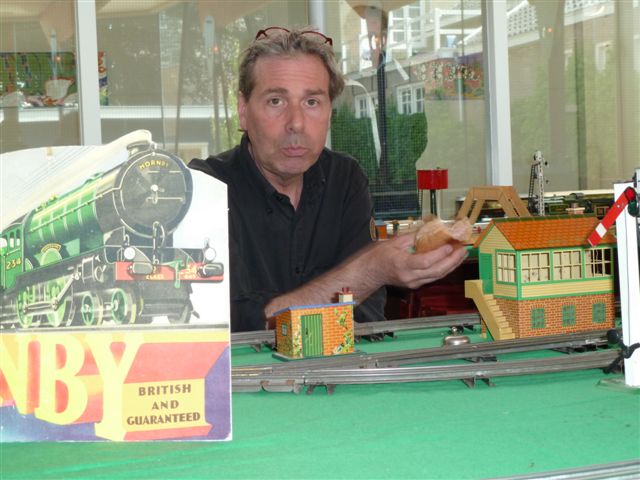 Running a vintage layout is hard work: Niek van Ees having a short break with a sandwich. 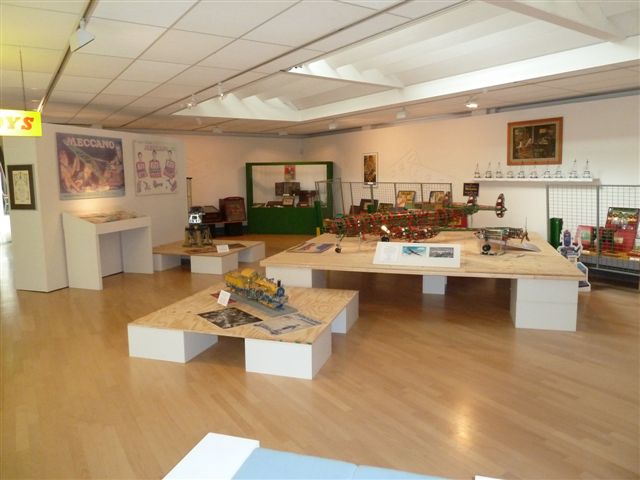 An overview of the Meccano Exhibition with a central place for a huge model of a Super Constellation, built by Dutch Meccano Guild member Henk Verhoef. 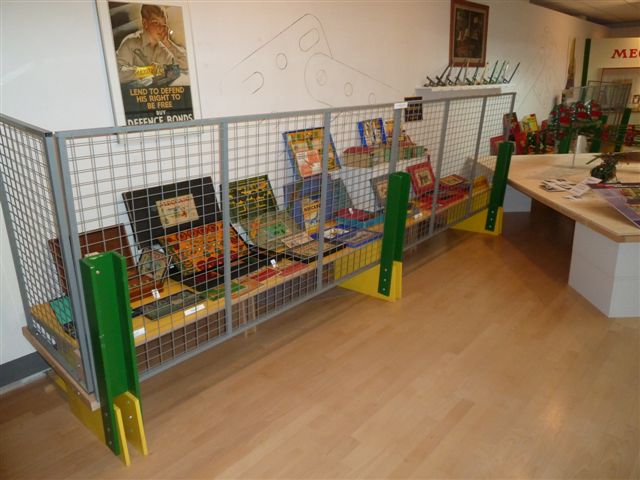 Against the wall there were Meccano sets from the start until the end of Meccano, showing all the variations of colour. 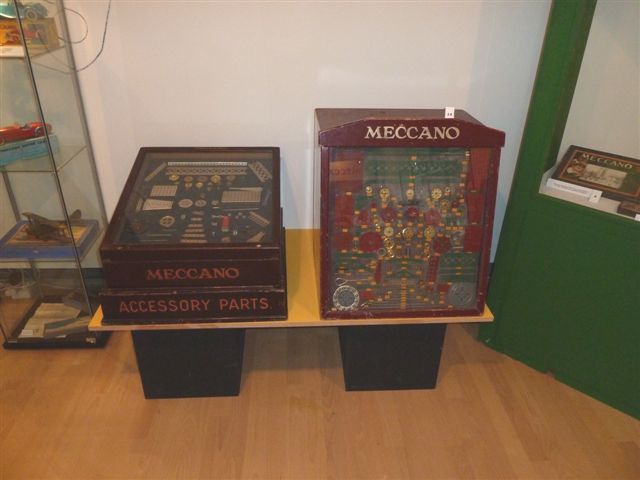 Some of the dealer cabinets that Meccano supplied.