In October 2005 the Dutch HRCA returned to the annual Eurospoor event, an international model railway event held in Utrecht each year. We once had our modest first public layout there, so we were glad to return, but now with the intention to do our biggest O-gauge layout yet.

Our usual construction team was again formed by Niek van Ees and Peter Zwakhals, while Piet Scholten, Henk Brouwer and Paul acted as steward during the opening days. We made a special welcome to HRCA member Mike Sedgwick, who came over for this event from the United Kingdom.

An overall view of the layout at a busy moment. 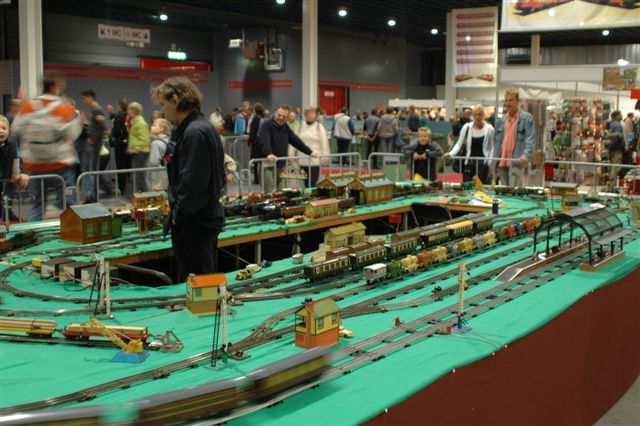 As usual we did not prepare a track plan but just made something up on the spot. We ended up with an outside oval of Alan Middleton's splendid double track. On the inner track we had some impressive sidings, with separate track to run another two trains. So visitors could see four trains running at the same time. Setting up commenced on the Thursday before the event, and finished just as the first visitors were coming in on Friday morning. 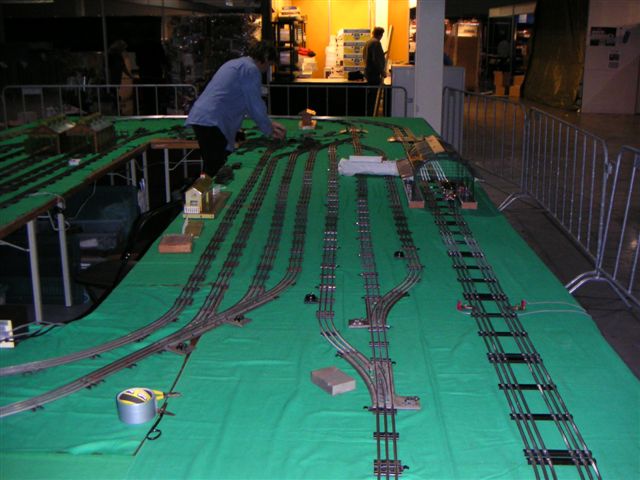 Niek van Ees looks quite happy with the end result. In front of him four passengers trains, made up from the Corridor Coaches in all liveries. On the next track a Tanker train with almost the complete range of pre-war Oil- and Petrol Tank Wagons. Also to be seen is a Pullman Train, headed by the Flying Scotsman entering the ACE Trains canopy. 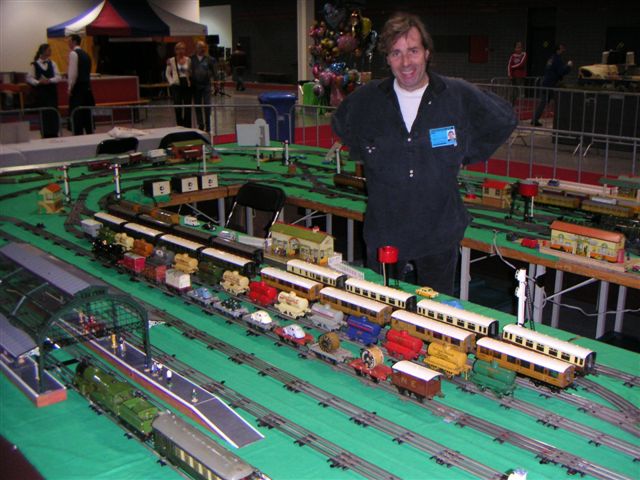 A view of the completed layout, just before the show opens (when the lights will be put on). 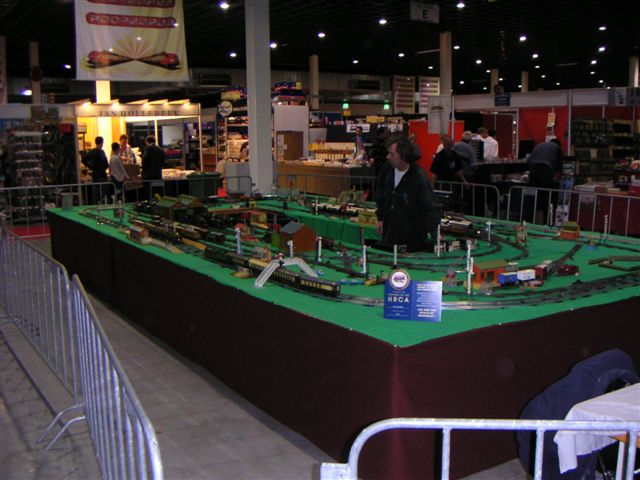 We always add quite a few Dinky Toys to our layout, to bring more life into it. 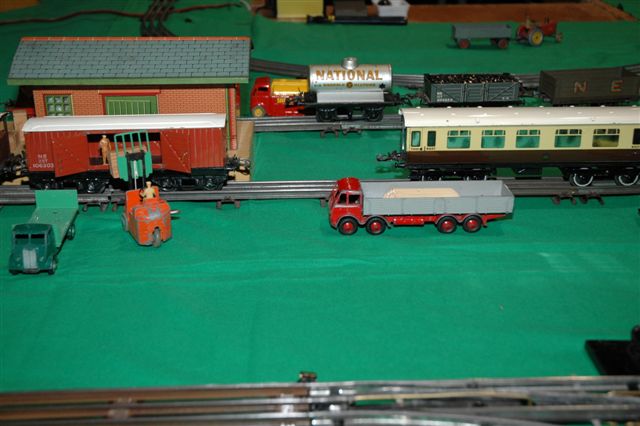 Details of some of the Rolling stock on the layout, including Corridor Coaches, No. 2 Special Pullman Coaches and a mixed Goods Train with Dinky cars as load. 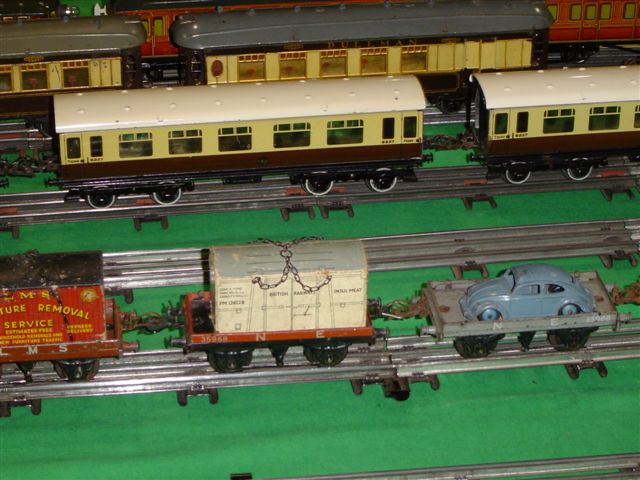 Dutch HRCA secretary Peter Zwakhals at the controls of the layout. 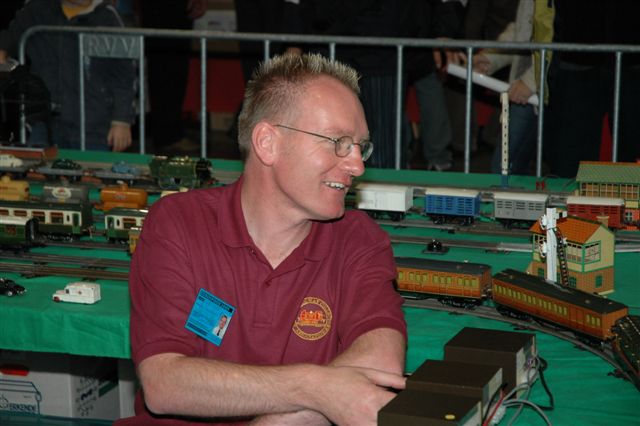 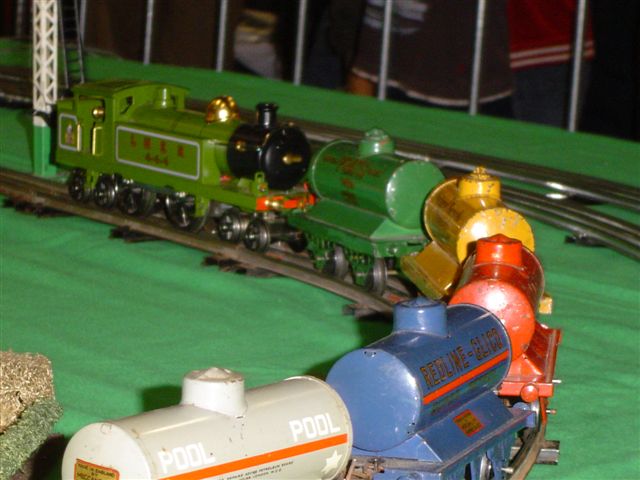 Although most of the locos were Hornby, we did made good use of the excellent pulling power of the Hornby style ACE Trains Locomotives. 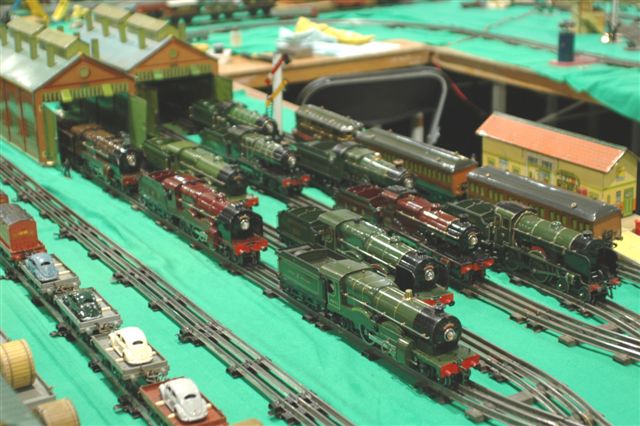 An aerial view of the motive power depot, with all the main types and liveries of the No. 2 Special locomotives, No. 3 Locomotives and the Eton on display. On a parallel track, an early High Voltage (rewound to 20 volts) Locomotive can be seen with the correct coaches. 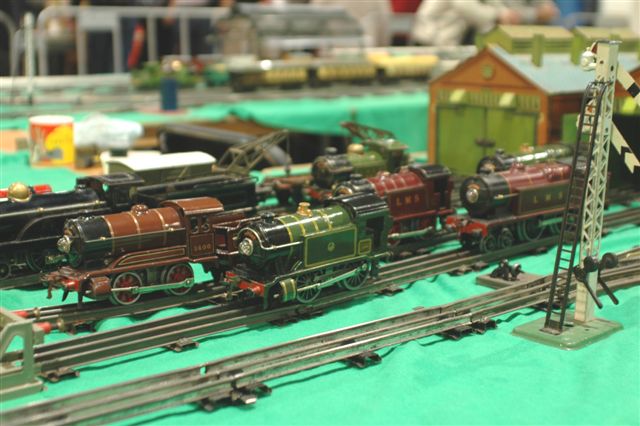 The other side of the motive power depot was used for the smaller type locomotives, and the early clockwork ones. 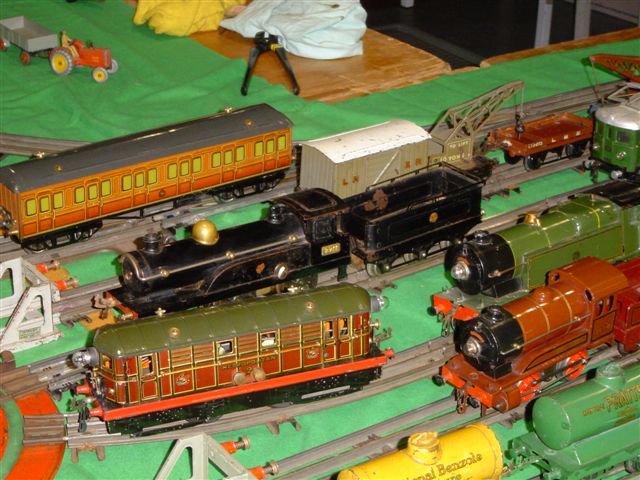 A closer look at the Loco shed. 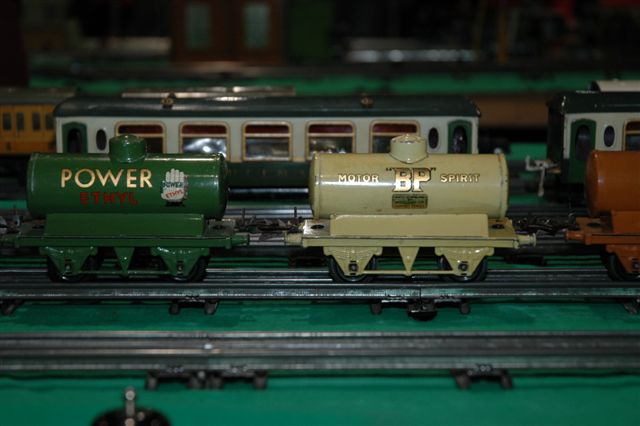 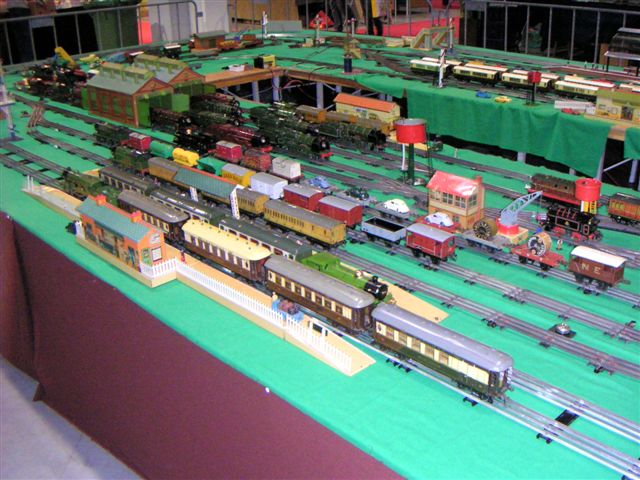 A busy moment in the Station area. Starting from the left, you can see a No. 2 Special Pullman passenger train, another one with the early green Pullman Coaches, a No. 2 Passenger Train, a mixed Goods train with No. 50 Goods stock and another mixed Goods, made up from post-war wagons. 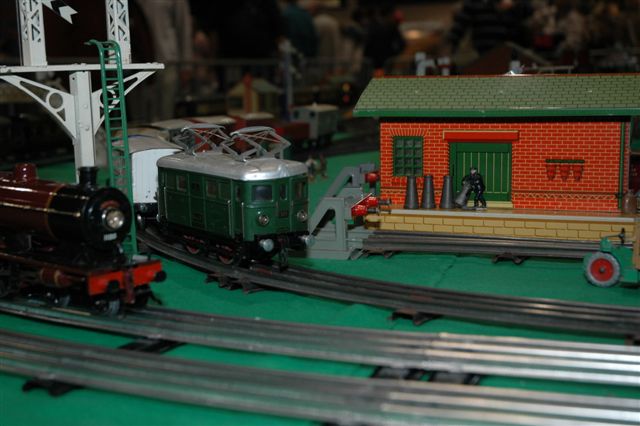 Dutch HRCA member Henk Brouwer found himself a nice Buco Electric loco at the Toy fair, which was given a spin on the layout.